Skip to content
Firstly, I don’t know Dominic Cummings. I’ve never even met him but I know about him from the things he’s said and done. I know those things for which he is renowned because he wants us to know those things. From his campaigning to deliver a Brexit result in the referendum to his call for ‘weirdos and misfits’ to join the government he has deliberately made himself the story. In his field he has seen a good deal of success and has done so by judging the public mood and knowing how to influence it.

Any family that cares about the health and well-being of their children would do whatever it takes to keep them safe. Dominic Cummings has done nothing less and I don’t criticise him for it. That may mean stretching the rules and it looks like that is what has happened here. However, a man who understands the political optics better than many also understands that the lack of humility with which he has defended his actions is putting the whole lockdown strategy at risk. He knows that. So, I think, does the Prime Minister.

The calls for Dominic Cummings resignation are growing. But from where do those calls emanate? The left wing media, of course. The Government’s opponents, naturally. But the ones who have been quickest to pass judgement are those who have revenge as their sole motivation. Hell hath no fury like a (former) Minister scorned, or overlooked.

The media have at last found something to obsess about. They can finally and legitimately call for someone to say sorry and for credibility’s sake, that needs to be done sooner rather than later. I wonder if it will. 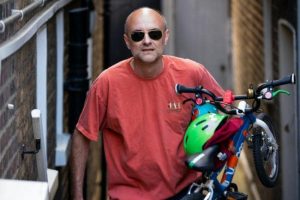